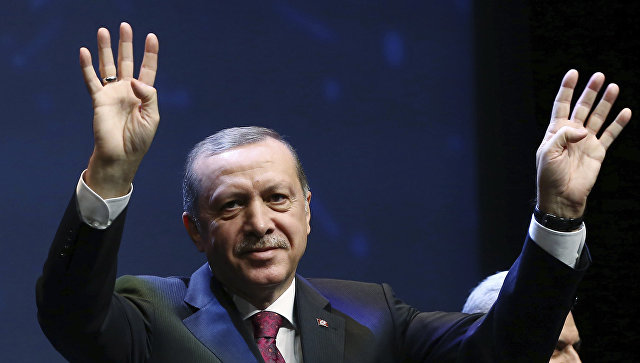 President Recep Tayyip Erdogan has urged Turkish citizens living abroad to participate in the upcoming referendum despite obstacles being placed on their path.

Axar.az reports that addressing the citizens via an interview aired on the state-run TRT network Wednesday, Erdogan said: "Whatever obstacle they place in front of you, you should go and cast your votes on the dates announced for you to participate in the polls."

Germany’s opposition parties and several media organizations have been campaigning for a ban on rallies by Turkish politicians, claiming it undermines social harmony in the country.

"Your votes will be the most meaningful response to the countries in the West and the world," Erdogan said.