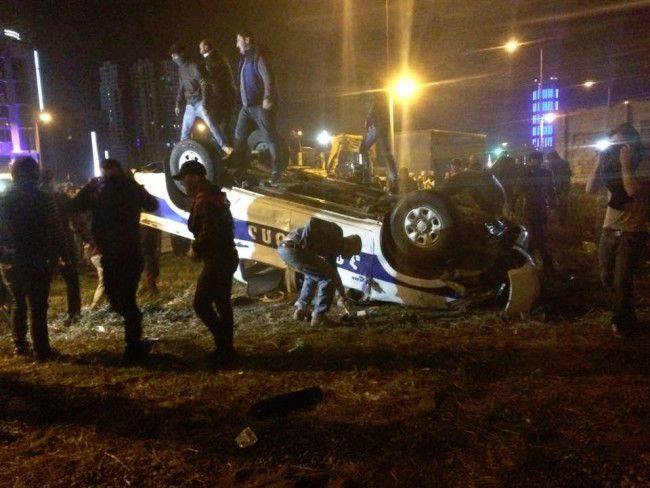 Police officers and special forces completely cleared the streets of Chavchavadze in Batumi from the demonstrators who arranged riots at night.

Axar.az reports that the cleansing of the street took place without serious collisions; radical groups of young people who had been smashing the street for several hours began to leave it immediately after the appearance of a special detachment.

The police drove out the remnants of the protesters from the territory adjacent to the city police building, using rubber bullets.

The police and fire trucks were mobilized on the spot. In the city there is an operation to detain participants in the riots. The number of detainees is still unknown.

Tbilisi Mayor Georgy Jermakov said that cleaning services have already begun to bring the streets in order. In the next few hours, the mayor's office of Batumi will determine the amount of damage.

On the street of Chavchavadze, which turned out to be in the epicenter of events, the sidewalks are damaged, shop windows are destroyed, barriers are destroyed, traffic lights do not work. Throughout the street you can see the burned out skeletons of cars.