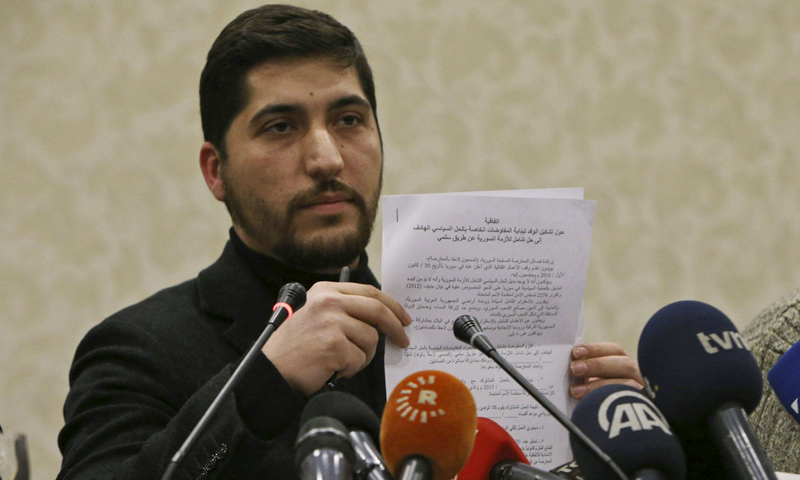 The Syrian armed opposition will not participate in the next meeting on settling the Syrian crisis scheduled to be held in Astana on March 14-15, Agence France Presse reported citing Osama Abu Zeid, a member of the National Coalition for Syrian Revolutionary and Opposition Forces.

"The opposition groups have decided not to take part in the Astana meeting," Abu Zeid told Agence France Presse saying it was the decision had been taken in protest against "unfulfilled obligations concerning the ceasefire."

On February 6, Kazakhstan’s capital of Astana hosted the first meeting of the joint operational group on monitoring the Syrian ceasefire, which comprises experts from Russia, Turkey and Iran. The group was established following the international conference on settling the Syrian conference held in Astana on January 23-24. The second international meeting of the Astana process took place on February 15-16.

The next international Astana meeting is scheduled to be held on March 14-15. Delegations from Russia, Turkey and Iran will take part in the meeting, invitations have also been sent to the United Nations, the United States and Jordan. On March 14, preliminary consultations will be held while a plenary meeting is due on March 15.