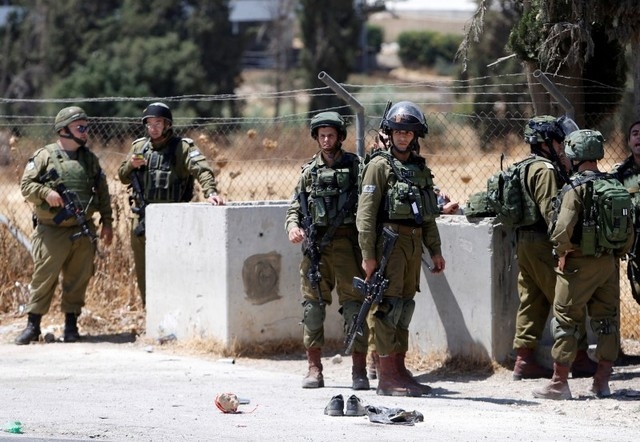 Israeli forces arrested 23 Palestinians in overnight raids carried out in the occupied West Bank, the Israeli military said in a Wednesday statement.

According to the statement, the 23 are accused of taking part in “terrorist acts against [Israeli] military personnel and civilians”.

Raids were conducted in the West Bank city of Hebron (Al-Khalil) and the West Bank towns of Beit Ummer, Beit Jala and Anata, the army said.

According to eyewitnesses, five Palestinians were injured when Israeli soldiers opened fire with live ammunition during a raid on the Dehisheh refugee camp .

Witnesses said that the five, including one person who was critically injured, had been taken to Bethlehem’s Beit Jala Hospital.

Currently, over 7,000 Palestinians are languishing in prisons throughout Israel, according to the Palestinian Ministry for Prisoners’ Affairs.