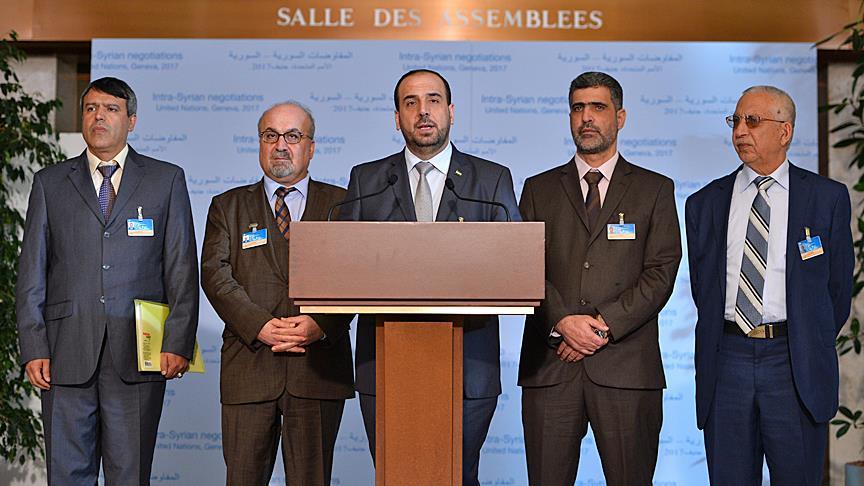 The head of the Syrian opposition delegation at peace talks in Geneva stressed their commitment to a "political solution" on Friday.

Axar.az reports that UN Special Envoy for Syria Staffan de Mistura met delegates from the Syrian regime, headed by Bashar al-Ja’aafari, and representatives of the opposition, led by Nasr Hariri.

"We are here to remove terrorism from our country. However, in order to liberate the country from Daesh, we should first liberate it from the regime's state terrorism," Hariri told a news conference following his meeting with Mistura.

The two had "a positive and fruitful meeting," Hariri said, adding they mainly discussed a transitional government in Syria.

"We are still committed to a political solution," he said.

The last round of talks on Syria began on Feb. 23 and ended on March 4 without any clear result.

De Mistura said he did not expect a miracle or a milestone this time but added that negotiations with representatives of the regime and opposition would continue on Saturday.

He previously urged participants to “do the necessary preparations in advance of the fifth round to be ready to engage substantively and proactively on the substance of all four baskets on the agenda in parallel”.