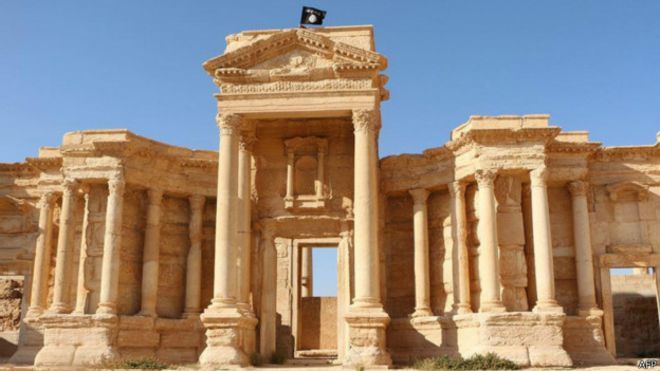 Russia suggests that an international coalition should be set up for demining operations in Syria, Russia’s Deputy Permanent Representative to the United Nations Yevgeny Zagainov said at a meeting of the UN Security Council.

"Syria is the only place in the world where the need for demining is so strong," he said following the adoption of a resolution for the protection of heritage. According to the Russian diplomat, the legendary city of Palmyra has become a symbol of the hard times that the Syrian people have been going through. "The jewel of the human civilization was first seized by terrorists but then liberated again. Our duty is to help restore this historic site for the sake of Syrians and the whole world," Zagainov stressed.

He added that Palmyra, turned "into a place of executions and crimes" by militants, "is full of mines and unexploded shells" which "prevents experts from assessing the scale of destruction and restoring what can be restored." "Russian de-miners have already started to solve this issue but if an international coalition is set up, it could be really helpful. We call on all our counterparts who would like to help preserve this historic heritage to leave aside all contradictions and do whatever they can to contribute to the common cause that particularly requires significant funding," the Russian deputy permanent representative said.

On Saturday, the United Nations Security Council adopted a historic resolution on the protection of heritage that aims at preventing the destruction and plunder of historic and archaeological sites as well as of objects of cultural and religious value.

During the discussion, the Russian delegation had to respond to a statement made by Ukrainian Permanent Representative to the UN Vladimir Yelchenko in which he accused the militia active in the country’s eastern part of destroying and looting cultural heritage. He particularly alleged that it was "the result of Russia’s annexation of Crimea and military interference in Donbass." Russia’s deputy permanent representative, in turn, said that Kiev took advantage of any discussion just "to carry on with its information and propaganda campaign against Russia." "It is regrettable but we will not comment on the inappropriate statements made here," he added.