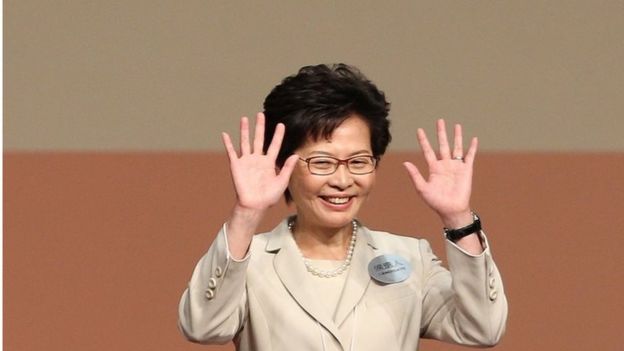 The first woman elected to lead Hong Kong has vowed to heal divisions amid demands for more democracy and protests at Beijing's growing influence.

Axar.az reports that Carrie Lam, 59, had the backing of the Chinese government in Beijing and was widely expected to win.

The chief executive is not chosen by public vote but by a 1,200-strong committee dominated by pro-Beijing electors. Hong Kong is part of China but has a degree of autonomy from Beijing.

In her acceptance speech, she said: "Hong Kong, our home, is suffering from quite a serious divisiveness and has accumulated a lot of frustrations. My priority will be to heal the divide."

Speaking at Hong Kong's convention centre, she said she welcomed and encouraged a spectrum of voices and vowed to "tap the forces of our young people".

"They are often at the forefront of society, pulling and pushing us as a whole to make progress."
Mrs Lam also promised to uphold Hong Kong's "core values" such as "inclusiveness, freedoms of the press and of speech, respect for human rights" and the rule of law.