46 PKK terrorists killed in past week 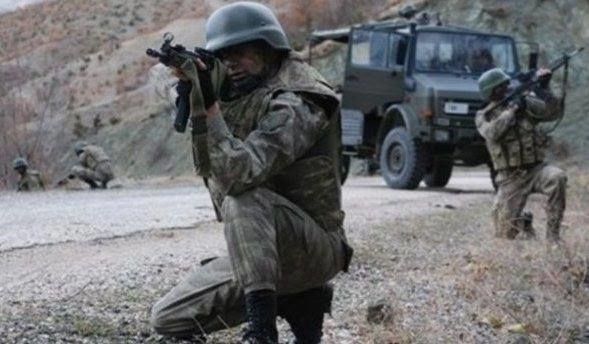 46 PKK terrorists were killed over the past week as part of ongoing anti-terrorism operations nationwide, according to an official statement Monday.

The Interior Ministry’s statement said security forces had conducted 311 operations against the PKK terrorist organization between March 20 and 27.

The statement added 10 suspected PKK terrorists had been apprehended and another had surrendered.

Dozens of suspects were also detained on charges of entertaining relations with terrorist organizations -- 42 allegedly with Daesh, 1,210 with the Fetullah Terrorist Organization (FETO) and 11 others with leftist terrorist groups.

In the southeastern and eastern provinces of Batman, Bingol, Bitlis, Diyarbakir, Mardin, Sirnak and Tunceli, 57 shelters and caves used by terrorists were destroyed.

Meanwhile, another 551 suspects were arrested for aiding and abetting terrorist groups.

In addition, more than three tons of hashish and over 5 million pills were seized in 544 operations against drug trafficking.

Security forces also confiscated over 925,000 packs of smuggled cigarettes and 124,500 liters of fuel.