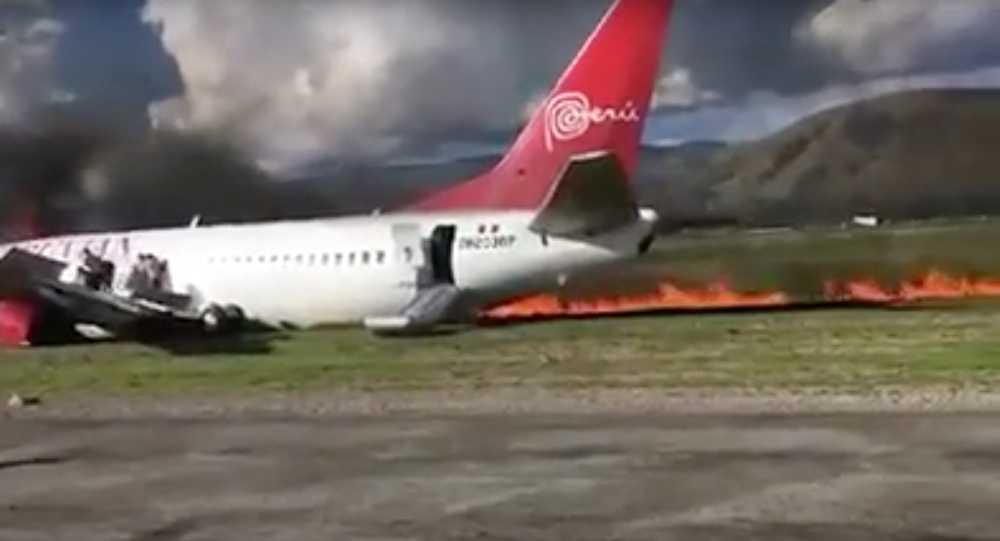 At least 26 people have been injured as a result of an incident in Jauja airport, Peru, where the Peruvian Airlines airplane burst into flames after landing, local media reported Wednesday.

La Republica newspaper reported that all the victims, including one child, have been hospitalized.

Initial reports suggested that none of the 141 passengers have been injured.

The Boeing 737 operated by Peruvian Airlines went up in flames around 4:30 p.m. local time, according to a statement from the airline. The plane landed in Jauja, Peru, a town of approximately 16,000 residents.

The cause of the incident is being clarified but according to the witnesses the plane veered off runaway and damaged the fuel tank which led to explosion. Peruvian Airlines vowed to conduct an investigation into the cause of the blaze with state law enforcement.