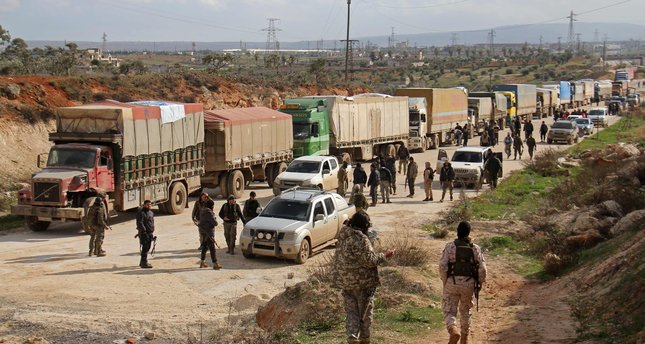 4 Syrian towns that have been under crippling siege for more than two years are to be evacuated under a deal reached late on Tuesday, a monitoring group said.

Residents of Zabadani and Madaya, two towns near Damascus under siege by regime forces, will leave their homes in return for the evacuation of Fuaa and Kafraya, two mainly Shiite towns in the northwest Syria, the Syrian Observatory for Human Rights said.

Sixty thousand civilians are trapped in the four besieged towns, suffering from violence and deprivation, where malnutrition and lack of proper medical care are at a critical level. The last UN humanitarian access to the towns of Zabadani, Fuaa, Kafraya and Madaya was last November.

Syria has been locked in a vicious civil war since early 2011, when the regime of Bashar al-Assad cracked down on pro-democracy protests-which erupted as part of the Arab Spring uprisings-with unexpected ferocity.

Since then, more than a quarter of a million people have been killed and more than 10 million displaced across the war-torn country, according to the UN, but the Syrian Center for Policy Research puts the death toll at more than 470,000.