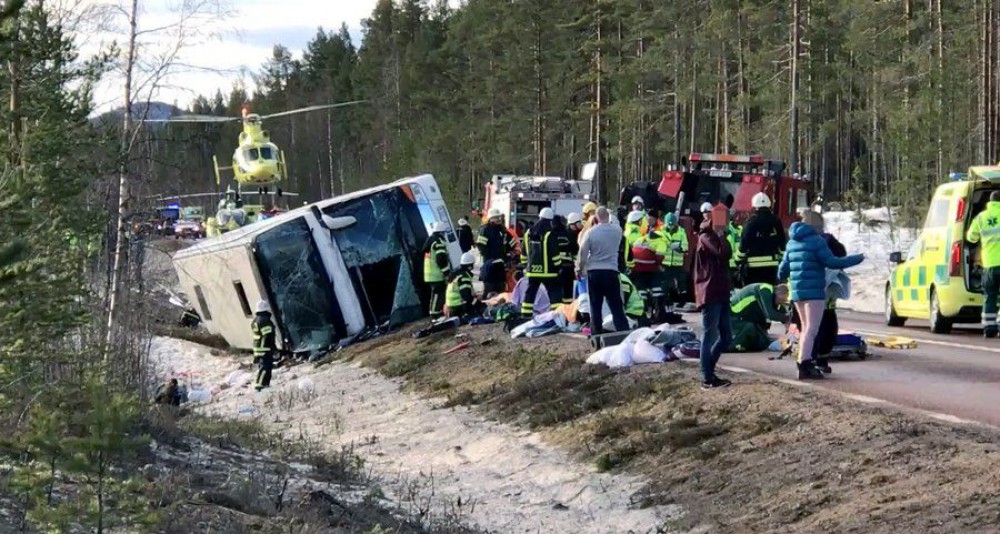 Police have arrested a second man on suspicion of being involved in attack in Stockholm.

Axar.az reports that the man was detained on Friday night in Hjulsta, northern Stockholm, SVT said citing a police source who told the Swedish broadcaster that there was a connection between this second suspect and the first one, arrested in Stockholm’s suburb Marsta on Friday evening.

According to the Aftonbladet daily, the first suspect is a 39-year-old Uzbek national living in Sweden. The man had reportedly posted propaganda related to the Islamic State (IS, also known as Daesh) terrorist group, banned in a wide range of countries, on his Facebook page, but his friend told Aftonbladet that the suspect had not been interested in politics or religion and only talked about earning money for his family.

On Friday afternoon, a stolen truck rammed into a crowd on a major pedestrian street in Sweden’s capital, Stockholm. At least four people were killed and over a dozen were injured as a result.

SVT reported citing police that several people could have been involved in the attack and the driver was still on the loose.

Swedish Prime Minister Stefan Lofven said the attack was most likely an act of terrorism.