Why US should be 'brought to trial' 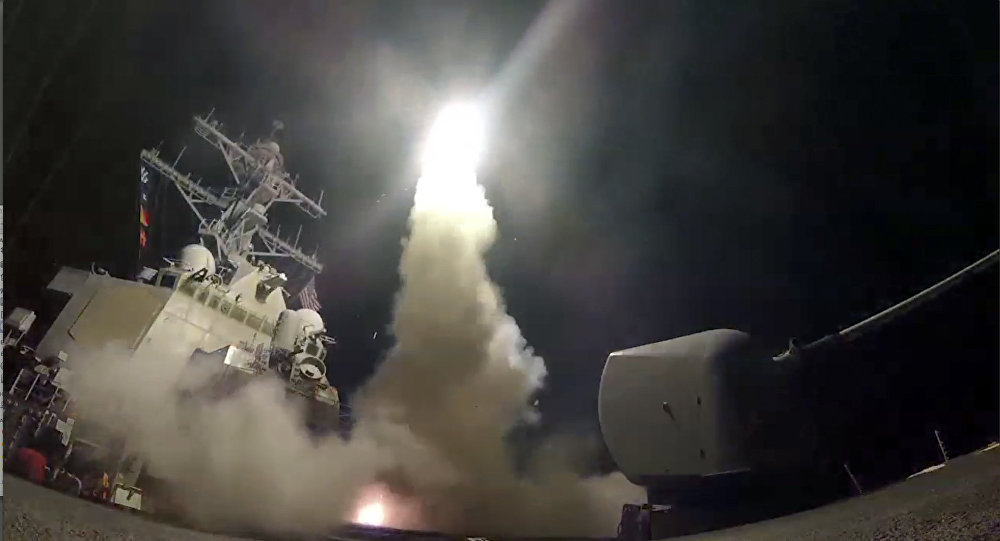 Sabbah Zanganeh, a political commentator and an ex-adviser to the Iranian Foreign Minister spoke to Sputnik Persian in an interview about the missile attack by the US on the Syrian Arab Army.

Axar.az reports that “If the US president's statements boil down to the point that air attacks were conducted from Ash Sha’irat air base to use the chemical substances on the city of Khan Shaykhun, it means that this should be confirmed by an ad hoc group of independent experts. However, this did not happen!” Zanganeh said.

He further said that if the US is so confident in their accusations, they could call for an early investigation so that what they were saying can be confirmed.

“However, they took unauthorized unilateral measures without any consultations and permissive sanctions against all possible international rules and norms,” the ex-adviser said.

Zanganeh further said that it is known that any unilateral actions without the approval of the UN Security Council are regarded as crimes and are strongly condemned.

“Such unilateral actions are nothing more than aiding terrorism. By conducting these attacks, the US is helping Daesh, al-Nusra Front and other terrorist groups. It is an established fact that after such actions by the US, another terrorist attack will follow,” he said.

He added that the terrorists were able to capture the city of Palmyra once again.

In his opinion the persons responsible for the air base attack must be brought to trial and those countries that are able to pave the way for the suspension of such arbitrariness on the part of the US should take all possible measures to prevent such actions by the Americans in Syria.