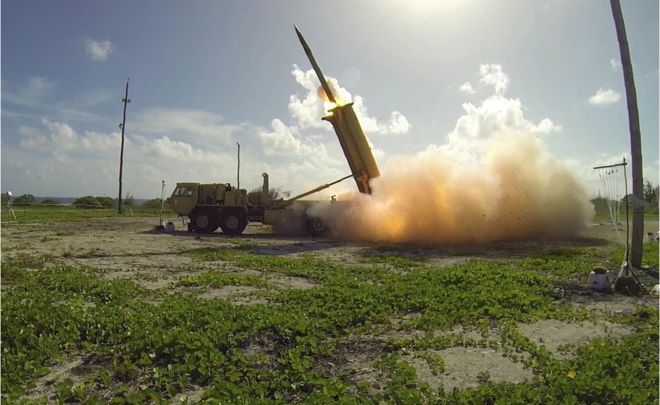 The US military says its controversial Thaad missile defence system is "operational" in South Korea.

Axar.az reports citing to BBC a spokesman said the system was now able to intercept North Korean missiles and defend the South.

But officials have told reporters that full operational capability is still some months away.

Tensions have been rising around the Korean peninsula, with repeated threats from North Korea and the presence of a group of US warships and a submarine.

On Monday, two US bombers took part in a joint drill with South Korea's air force in what the US said was a routine operation.