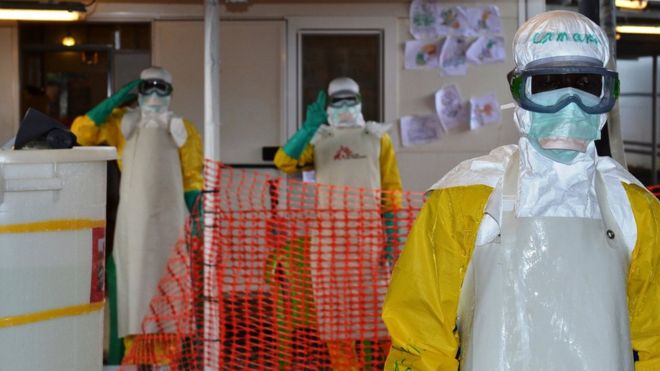 The World Health Organization (WHO) has declared an Ebola outbreak in the Democratic Republic of Congo.

Axar.az reports citing to BBC at least one person has died after contracting the virus in the country's north-east, the WHO says.

The Congolese health ministry had notified the WHO of a "lab-confirmed case" of Ebola, it added on Twitter.
More than 11,000 people died in the Ebola outbreak in West Africa in 2014-2015, mainly in Guinea, Sierra Leone and Liberia.

The last outbreak of Ebola in the Democratic Republic of Congo was in 2014 and killed 42 people.
The case was confirmed from tests on nine people who came down with a hemorrhagic fever on or after 22 April in Bas-Uele province in the country's far north, a health ministry statement said.

"It is in a very remote zone, very forested, so we are a little lucky. Bu we always take this very seriously," WHO Congo spokesman Eric Kabambi told Reuters news agency.