Which the bigger threat, Russia or IS? 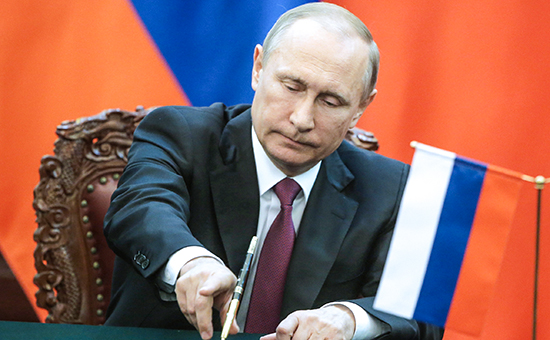 It is a brave critic who takes on the veteran US senator John McCain, doubly so if the argument has to do with the military or defence. A Vietnam war hero, with decades under his belt on the Senate armed services committee, he is someone you challenge at your peril. A Republican of a traditional stamp, he has been one of Donald Trump’s doughtiest adversaries in Washington.

For all the personal and professional respect McCain inspires, however, he has just come a bit of a cropper. His assertion – during a tour of Australia – that he regards Vladimir Putin as more dangerous than Islamic State prompted an outcry among experts and social media mavens alike. Many found his argument absurd. How could it be that Putin, or anyone for that matter, could present more of a threat than the savage theocratic fighters running rampage across the Middle East, beheading those who get in their way?

But is he right? Or even a bit right? Much depends, of course, on the context, and who or what is considered under threat. Is it western civilisation as we know it – the presumed target of Isis’s depredations – or something else? In fact, McCain’s statement was qualified twice. In the first instance he was talking about global security; in the second, about western democracy, in the light of how Donald Trump may or may not have won the US presidency.

Now, I happen to disagree with McCain both on his view of Russian democracy and on how far Putin harbours malign intentions towards democracy elsewhere. Putin’s Russia is nothing like even the last decrepit years of the Soviet Union in terms of what its citizens can freely say and do. Travel and the internet have opened Russia to the world in a way that will be hard to reverse – even if you think that this is what Putin intends (which I don’t).

And if Putin is not the big enemy of democracy at home, why would he be trying to subvert it abroad – or even imagine he could? Despite the charges raging in Washington, actual proof that Russia has tried to manipulate other people’s elections rests on belief and fear far more than evidence. On the other hand, if there was collusion to secure Trump’s election, McCain would be right: rigging an election in the world’s most powerful democracy would indeed be a bigger danger than anything Isis could pose.

McCain is on much safer ground with global security. Here, Russia’s superiority over Isis is surely incontrovertible. Even if its armed forces are still not quite up to date, Russia is a nuclear power, with a vast military reach. Its capability is beyond anything Isis could deploy. Even if you focus on the particular hazards of asymmetric warfare, in a match between Russian forces and Isis, Russia is going to prevail. Indeed, even in its depleted post-Soviet state, Russia is likely to prevail in a match with almost any enemy, except the US and perhaps China.

So why the outcry when McCain described Russia as a bigger threat than Isis? The indignation, I suspect, has little to do with any friendly feelings towards Russia – though some may reject McCain’s cold war-era assumptions (as I do). It reflects far more the way in which the power of Isis has been exaggerated in our western minds. Isis’s combination of 21st-century PR savvy with the barbaric methods of the distant past have given its “brand” an intimidating significance far beyond anything it should have had.

Even if Isis has extended its tentacles as far as Libya and points south; even if its agents can, on occasion, penetrate the defences of western cities to murderous effect, the territory it actually controls is shrinking. Iraqi forces backed by the US may be making heavy weather of recapturing Mosul, but Isis’s sweep across the Middle East has been stalled – thanks in part to the joint efforts of western countries and Russia, but in part, too, to the savagery with which it exercised its power.

It should be obvious that Russia represents an infinitely bigger potential threat than Isis – or it would do, if you were its enemy and it was minded to fight. The coincidence of a Russia that is for the most part not in fighting mood, and a self-publicising Isis which certainly is, has skewed our perceptions of comparative threats. John McCain was wrong to impute necessarily malign aims to Russia, but in trying to put Isis in proportion, he was absolutely right.