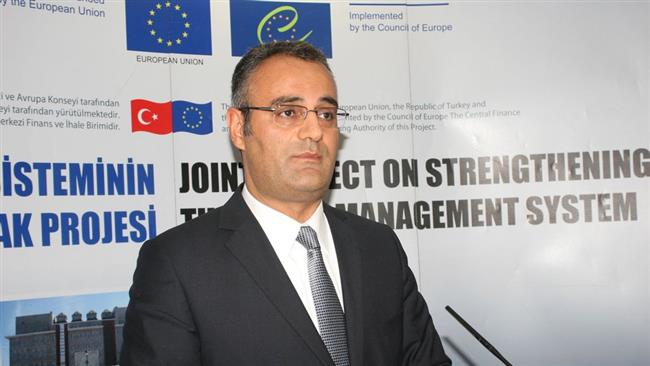 Axar.az reports ciitng Press TV.
Turkey’s state-run, Birol Erdem, a former senior Justice Ministry official, was released under judicial supervision on Saturday.
His wife Gulumser Erdem was, however, placed under arrest by an Ankara court ahead of trial.
Earlier this month, Ankara Chief Public Prosecutor Harun Kodalak issued the arrest warrants for Birol and Gulumser Erdem as part of a probe into their links to the Gulen movement. The couple was detained in the capital on June 3.
Meanwhile, a Turkish court has ordered the arrest of Huseyin Capkin, the former Istanbul police chief, as well as Omer Faruk Kavurmaci, the son-in-law of Istanbul mayor Kadir Topbas, over links to the Gulen movement.
Capkin had earlier surrendered to police late on Friday after the Istanbul 30th High Criminal Court issued an arrest warrant for him and former governor of southwestern Denizli Province, Abdulkadir Demir, on charges of supporting Gulen.
Turkey witnessed a coup attempt on July 15, 2016, when a faction of the Turkish military declared that the government of President Recep Tayyip Erdogan was no more in charge of the country.
A few hours later, however, the coup was suppressed. Almost 250 people were killed and nearly 2,200 others wounded in the abortive coup.

Gulen has censured the coup attempt and strongly denied any involvement in it.
Turkey remains in a state of emergency since the coup, and Ankara has been engaged in suppressing the media and opposition groups, who were believed to have played a role in the failed putsch.

Over 40,000 people have been arrested and more than 120,000 others sacked or suspended from a wide range of professions, including soldiers, police, teachers, and public servants, over alleged links to the coup attempt.
Many rights groups, including Amnesty International and Human Rights Watch, have denounced Ankara’s heavy clampdown.