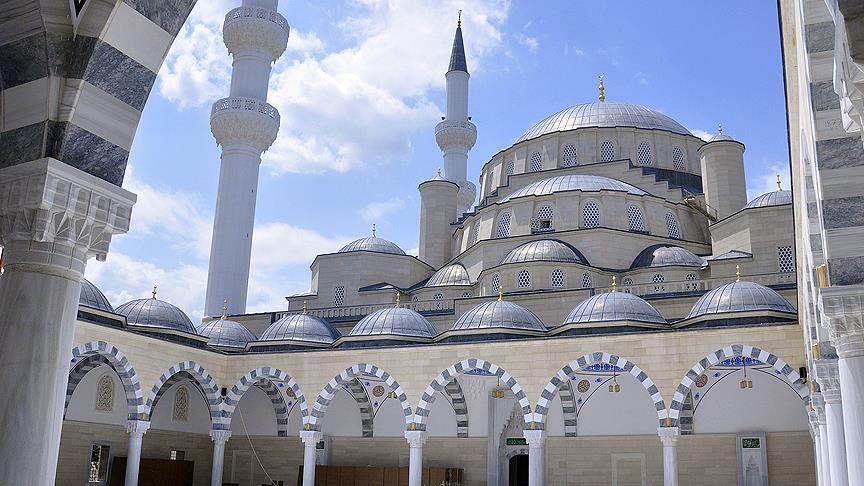 The construction of the mosque complex began in 2012, which was designed in accordance with classic Ottoman architecture.

The mosque was built on 35 acres (141,640 square meters) with the capacity to host at least 20,000 worshippers.The place of worship resembles Ankara’s massive Kocatepe Mosque with its many features including a Sadirvan fountain, administrative buildings, a 500-car parking facility, Quran courses, conference hall and cafeteria.

Two huge chandeliers hang from the domes of the mosque that have been decorated with Ottoman handicrafts. The mosque, which will change the silhouette of the capital, is considered the biggest in the country as well as in Central Asia.

Construction Supervisor Musa Demirci told Anadolu Agency the construction of the mosque was now complete. “We are doing cleaning and routine work nowadays, and later we will do environmental planning,” Demirci said.

The first thing visitors will come across when they visit the mosque is a large dome, which is 23 meters in diameter from the inside and 25 meters from the outside; it is 37 meters high, Demirci said.

The mosque has three minarets, each of which is 70 meters high, he added.

Demirci, who has been working at the construction site since last year, said around 70 percent of people who worked at the site were Kyrgyz.

He added that some white marble from Turkey had also been used in the mosque.