Italian police use tear gas against migrants at border 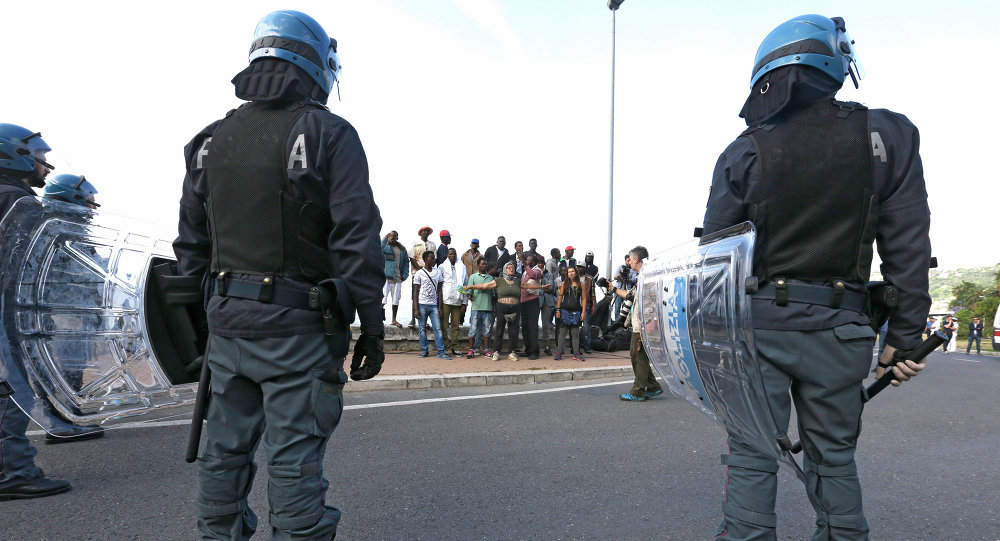 About 400 people mostly of Tunisian origin moved from the Italian town of Ventimiglia, located some 4 miles away from the French border, but police officers prevented the attempt and used tear gas, media reported. However, no clashes were reportedly been registered.

The news outlets reported that the migrants made an attempt to cross the border after local authorities decided to clear the bed of a local river that allegedly posed a danger to temporary dwellings of migrants located near it.

According to media reports, police are expecting yet another attempt to cross the border overnight into Tuesday.