Judge delays deportation of Iraqis in US 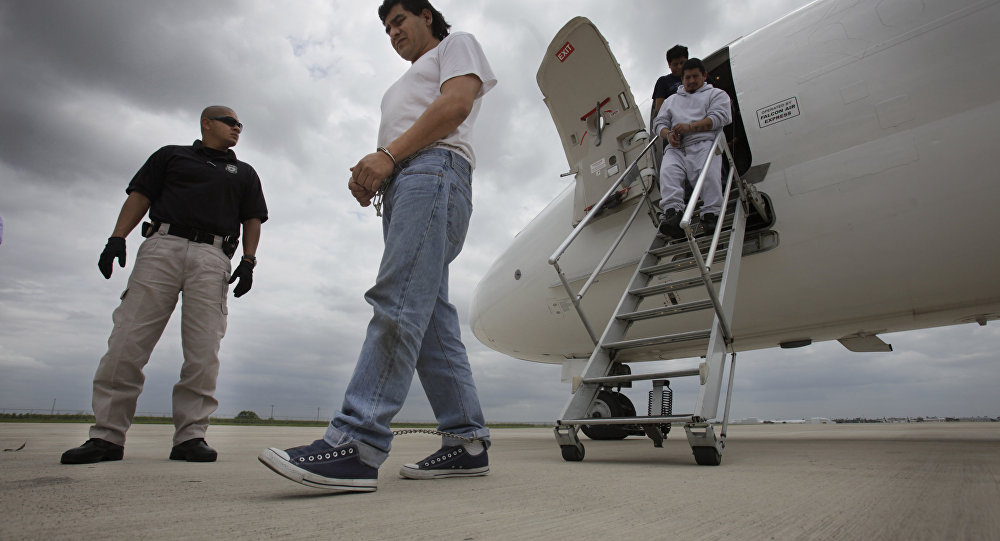 A US judge has ordered to prolong the suspension in deportations of over 1,400 Iraqis from the United States until at least July 10, a court ruling showed.

On June 22, US District Court Judge Mark Goldsmith from the US city of Detroit ruled to suspend the deportations of 114 Iraqi Christians who had been detained in the raids in Detroit area on June 15, for two weeks. In his ruling late on Monday, Goldsmith expanded his previous decision to 1,444 Iraqi detainees in other US regions, of whom approximately 85 face removal as early as on Tuesday.

"The Court grants Petitioners’ motion to expand the order staying removal to protect nationwide class … The stay applies to the removal of Petitioners and all members of the class, defined as all Iraqi nationals in the United States with final orders of removal, who have been, or will be, arrested and detained by ICE as a result of Iraq’s recent decision to issue travel documents to facilitate U.S. removal. The stay shall expire 14 days from today, unless otherwise ordered by the Court," the court ruling said.

According to the document, the detainees claimed they faced "extraordinarily grave consequences: death, persecution, and torture" upon their return to Iraq.

The crackdown on Iraqis subject to deportation came after the administration of US President Donald Trump agreed with the Iraqi authorities on cooperation in the sphere of the deportation of criminals. After the deal was brokered, Iraq has been excluded from the list of the Muslim-majority countries, on which Trump’s administration had imposed the ban on travel to the United States earlier in 2017.

By Monday's ruling, Goldsmith backed the lawyers from the American Civil Liberties Union (ACLU) who had filed a class-action lawsuit on June 15 seeking to stop the deportations of 114 Iraqis and subsequently amended their petition on Saturday to request the halt in the deportations of the Iraqis detained across the United States.