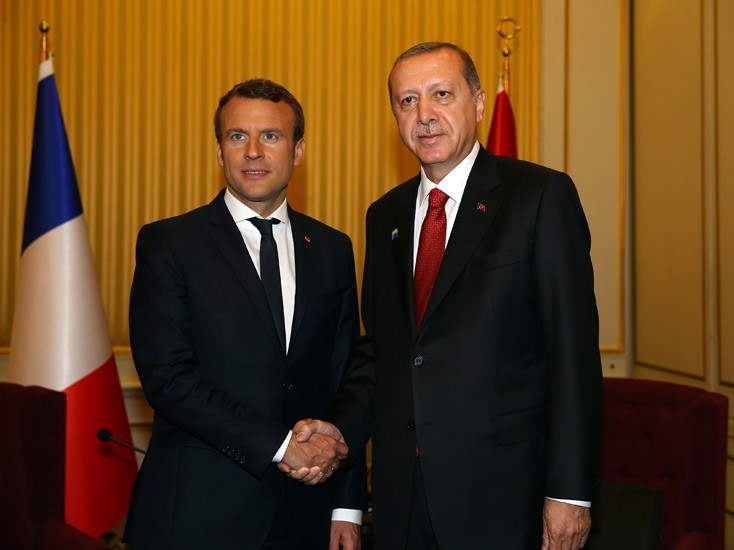 President Recep Tayyip Erdogan said on Sept. 1 he was not at the point of clearing up his French counterpart President Emmanuel Macron’s remarks on speaking with him, as he noted he saw it as a positive thing for them.

Axar.az reports that “honestly, I am not at the point of figuring out what he [Macron] meant. That needs to be learned from Mr. Macron. I only know one thing, since they request to talk, I would not want to turn them down, because I want to gain friends and lessen those who look at us in a negative way. However, I do not think negatively [of the remarks] given to that magazine, but on the contrary, that speaking with the President of Turkey is a positive thing for them,” Erdogan told reporters after prayers for the Eid al-Adha celebration.

The French president had said on Aug. 30 that life as a world leader was less “cool” than it might seem, referring to talks with Erdogan as an example.

In an interview with Le Point magazine, Macron was asked if he was trying to be the new “cool” kid on the global stage.

“The global stage is not really a ‘cool’ scene, you know,” he replied.

“I am the one who has to speak with Erdogan every 10 days,” he said as an example. He did not elaborate.

The last known conversation between Macron and Erdogan was on Aug. 27, when they discussed the fate of aFrenchjournalist jailed in Turkey.

An aide to Macron later said the French president had not meant to mock or criticize his Turkish counterpart.

“The conversations with Mr. Erdogan are always very serious,” the aide explained.