Clinton: ‘I was up against Russian intelligence’ 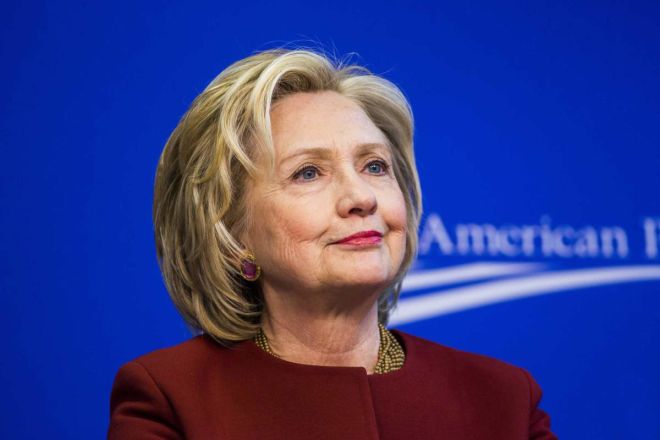 Former US Democratic presidential nominee Hillary Clinton believes that she was not merely running against her Republican rival Donald Trump during the 2016 election campaign but also against then-FBI director James Comey as well as “the Russian intelligence apparatus.”

“I wasn’t just running against Donald Trump. I was up against the Russian intelligence apparatus, a misguided FBI director, and now the godforsaken Electoral College,” Clinton wrote in her upcoming book "What Happened." Excerpts of the books were published on Friday.

“Joe Biden said the Democratic Party in 2016 ‘did not talk about what it always stood for — and that was how to maintain a burgeoning middle class.’ I find this fairly remarkable, considering that Joe himself campaigned for me all over the Midwest and talked plenty about the middle class,” she wrote, according to a copy of the book obtained by CNN.

In the excerpts released earlier, Clinton said that it “was a mistake” for her not to go after Comey during the presidential campaign.

Before the election, the now dismissed FBI director led a probe into Clinton’s use of a personal server to exchange government emails while she was secretary of state. He called her “extremely careless” for using a private email server as secretary of state from 2009 to 2013.

After the election, Comey began investigating President Trump’s alleged ties to Russia as well as a series of cyber attacks against Clinton’s campaign, which Democrats claimed were conducted by Russian hackers. Trump fired Comey.

In the book, which is set to be released on September 12, Clinton wrote that she was planning to “hit back hard” at Comey but her campaign advised her against it.

In her first public interview, set to be aired Sunday on CBS News, to promote the book, the former secretary of state conceded that she might have “missed a few chances” to connect with voters and counterattack Trump during the campaign.

She recalled a moment during the second presidential debate when Trump followed her around the stage.

“It was so discombobulating,” Clinton said, adding that she might have missed opportunity to respond to Trump’s provocative actions.

“I think in this time we’re in, particularly in this campaign, you know, maybe I missed a few chances,” she said.

Clinton had been leading Trump throughout the campaign in most of the polls except for the last week of the election when she lost ground to Trump.

Trump stunned the world on November 8, 2016 by defeating Clinton in the presidential election, sending the United States on a new and uncertain path.

Trump received about 3 million votes less than Clinton, but he was able to capture the White House by winning the Electoral College vote, 304-227.