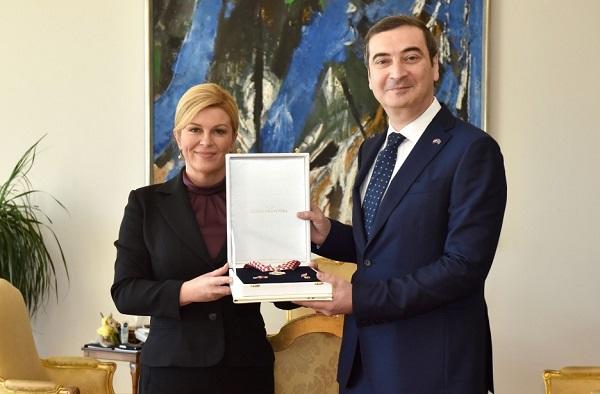 The President of the Republic of Croatia, Mrs. Kolinda Grabar-Kitarovic, awarded the Ambassador of the Republic of Azerbaijan to this country, Kamil Khasiev, a "Prince of Branimir Orden" with one of the highest orders of Croatia for his contribution to the development and strengthening of cooperation and friendship between our two countries.

Axar.az reports that President K. Gitarovic praised the existing bilateral relations between Azerbaijan and Croatia and conveyed the most pleasant greetings to Azerbaijani President Ilham Aliyev. President Kolinda Grabar-Kitarovic has expressed his desire to meet the President of Azerbaijan in Croatia in the near future.