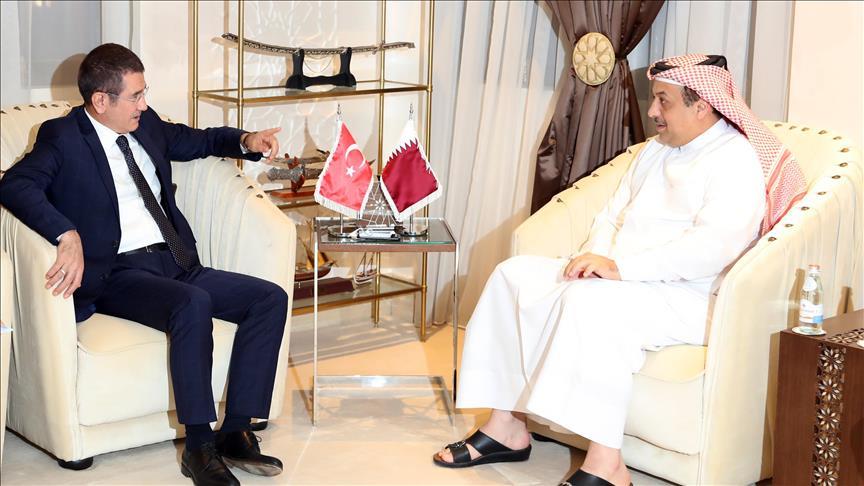 Axar.az reports citing Turkish media that the two ministers discussed cooperation opportunities in military and defense, according to sources close to the meeting, who spoke on condition of anonymity due to restrictions on speaking to the media.

Turkey backs Qatar in the Gulf crisis that was triggered in June when Saudi Arabia, Egypt, the U.A.E. and Bahrain cut diplomatic and trade ties with Qatar.

The four states accuse Qatar of supporting terrorist groups -- allegations Doha denies, describing the embargo as a breach of its national sovereignty.