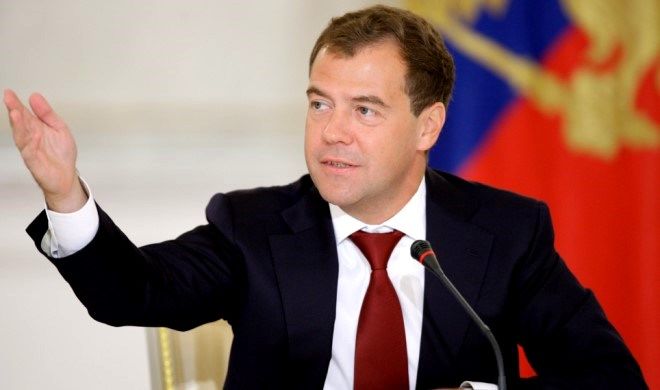 Russian Prime Minister Dmitry Medvedev has called on the participants in the ASEAN Business and Investment Summit to attend the 2018 FIFA World Cup, which will be held in Russia.

Axar.az reports citing TASS that, speaking at this business forum within the framework of the summit of the Association of Southeast Asian Nations (ASEAN), the Russian premier noted that Russia had implemented a number of large-scale infrastructure projects over the past few years, including as part of preparations for the 2018 World Cup. "I take this opportunity to invite all those present in this hall to take a look at the football competitions, which will take place in our country," Medvedev said addressing the participants in the forum, which has brought together more than 800 delegates from the world of business and politics.

Referring to infrastructure development in general, the Russian prime minister pointed to the potential of the Northern Sea Route, the reconstruction of the Trans-Siberian Railway and the Baikal-Amur Railroad. "All these opportunities can be used by our ASEAN partners. We invite you to take part in that," Medvedev said.