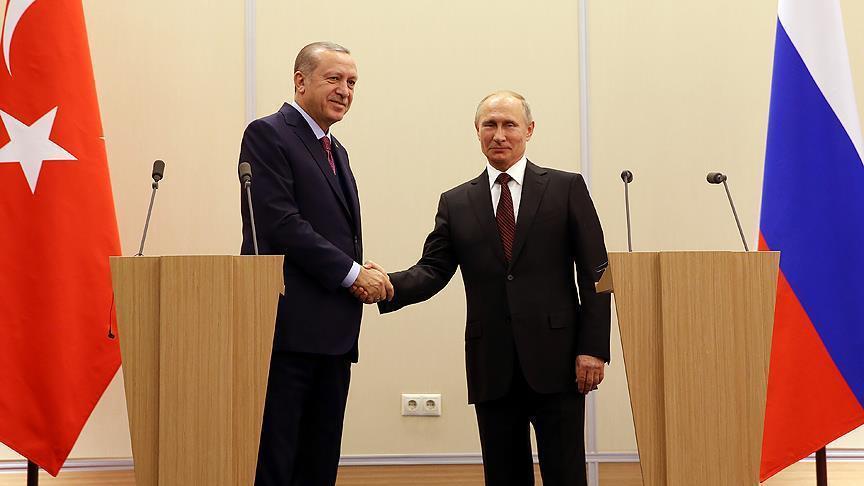 President Recep Tayyip Erdogan will pay a visit to Russia’s coastal city of Sochi on Wednesday, the Turkish presidency said on Tuesday.

"During the visit in Sochi, a trilateral summit on Syria will be held with the participation of Erdogan, Russian President Vladimir Putin and Iranian President Hassan Rouhani," the presidency said in a statement.

It added the leaders will discuss the progress on reducing violence in Syria and de-escalation zones, which were established after the Astana talks.

They will also handle the delivery of humanitarian aid to Syria and possible contributions to the Geneva process towards a political solution in the country under the UN Security Council Resolution 2254.

The resolution adopted in December 2015 endorsed a road map for peace process in Syria.

Turkey and Russia, together with Iran, are the guarantor countries which brokered a cease-fire in Syria in December 2016, leading to the Astana, Kazakhstan talks, which ran parallel to UN-backed discussions in Geneva to find a political solution to the six-year war.