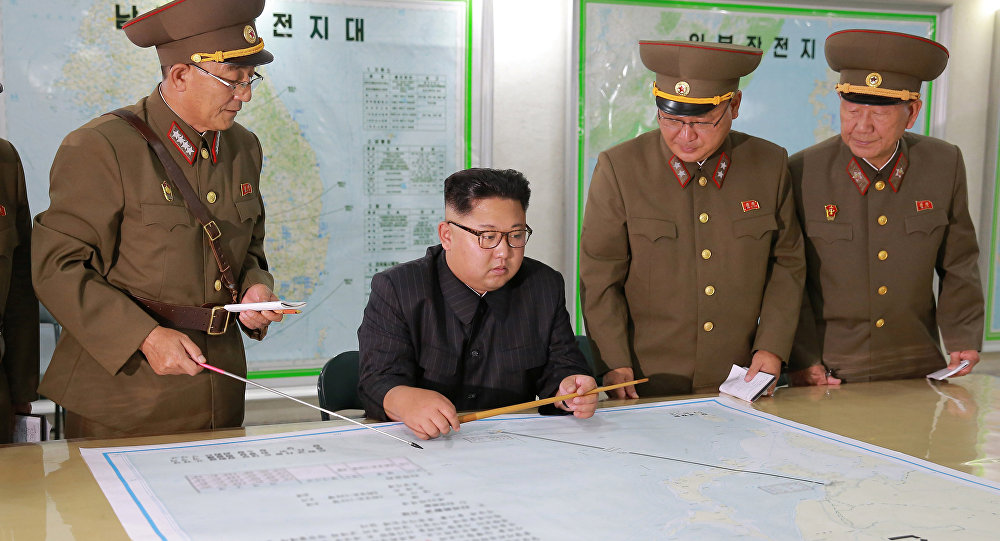 Two key figures in the North Korean military have been punished for "impure behavior," according to a South Korean lawmaker, a move analysts say is likely intended to help leader Kim Jong Un tighten his grip on power.

It's unclear how exactly how Hwang and his deputy were disciplined, but one analyst told CNN they could have been required to undergo re-education, which is likely to include a period of re-indoctrination of North Korean ideology.

"He's playing musical chairs with key positions," said Andrei Lankov, a professor at Kookmin University in Seoul and the director of NKNews.org. "Kim Jong Un doesn't want anybody in the military to stay in charge for too long ... He's brilliant, cynical, brutal and efficient."

Hwang Pyong So, left, stands near North Korean leader Kim Jong Un, second from right, during the opening ceremony of the Ryomyong residential area in April in Pyongyang, North Korea.

Before his punishment, Hwang was one of three officials below Kim Jong Un in charge of the armed forces. The other two are the defense minister and the chief of the general staff, according to Lankov.

"Their duties are sort of delineated, but they have a great deal of overlap. Altogether, they control the military," Lankov told CNN.

The General Political Bureau is in charge of making sure the armed forces were properly indoctrinated and educated in communist teachings, North Korea's state ideology of Juche, and the life and teachings of the Kim family, among other things.

Political commissars are assigned to various branches of the military to ensure it is ideologically sound. GPB members can overrule higher-ranked military officials and its most senior members are granted body guards and special privileges, according to Michael Madden, an analyst who runs the North Korea Leadership Watch project.

The high-level military shake-up comes just one week after the daring defection of a North Korean soldier across the demilitarized zone.

The soldier fled his post on the North Korean side of the border and was shot five times as he dashed toward Freedom House on the South Korean side.

South Korea's Ministry of Defense confirmed to CNN more than 40 bullets were fired at the defector from pistols and an AK-47 during his escape. He is now in intensive care.

Hwang's department was in charge of making sure soldiers like the defector are properly indoctrinated and never contemplate fleeing. The unnamed soldier is the third to have defected from North Korea's military this year.

"Even if there had not been any issues with Kim Won Hong or Hwang Pyong So this year, they would've come down hard on the General Political Department," Madden said. "What they would say is this man that escaped from his guard post in North Korea is not ideologically sound."

The man who is now presiding over the GPB, according to Madden, is the same man South Korea's NIS says organized the punishment: Choe Ryong Hae, the vice-chairman of the ruling Workers' Party of Korea who himself used to run the GPB.

Choe was one of the officials who met with Chinese envoy Song Tao for rare talks between North Korea and China last week, according to state media from both countries.