Conflict in Somalia’s south forces over 10,000 to flee 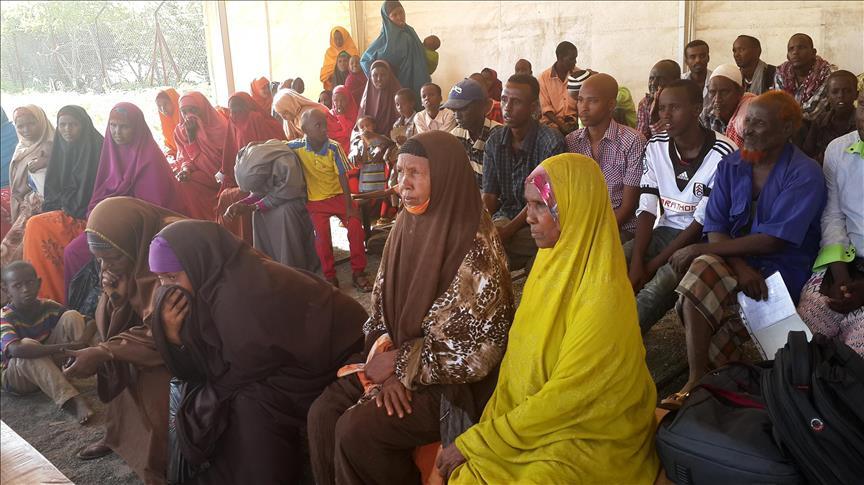 More than 10,000 local residents are reported displaced in November due to an ongoing conflict in Middle and Lower Shabelle region in Somalia’s south, a Norway-based humanitarian agency said on Monday.

Axar.az reports citing AA that, the displacement of people has been triggered by recent fierce fighting between al-Shabaab militants and government forces in the region, the Norwegian Refugee Council (NRC) said in a statement.

“We’re seeing a spike in families fleeing fighting that are arriving in overcrowded camps in Mogadishu. The camps are already overfilled with drought-stricken people, barely surviving in flimsy shelters,” said Victor Moses, the NRC’s country director in Somalia.

“The double shock to people fleeing both conflict and drought means that they have to endure multiple crises at once, and this can push them over the brink,” he added.

The statement said that more than a million people have been internally displaced in the war-torn country since January due to conflict, insecurity and flooding.

“This generalized insecurity, which has led to a sharp increase in the number of road blocks and checkpoints, has also precipitated movement restrictions, extortion, torture and sexual abuse by all parties,” it said.

Added to terror attacks, Somalia is also suffering from drought.

At least half of Somalia population is in need of humanitarian emergency support as the drought in horn of African nation is the worst since 1945, according to the United Nations.

Last week, the U.S. said it had killed some 100 al-Shabaab militants in an airstrike in a camp, 201 kilometers (125 miles) northwest of the capital Mogadishu.

An Oct. 14 truck bombing in Mogadishu that killed over 350 people was blamed on al-Shabaab.