Obama to meet with China's Xi during 3-country trip 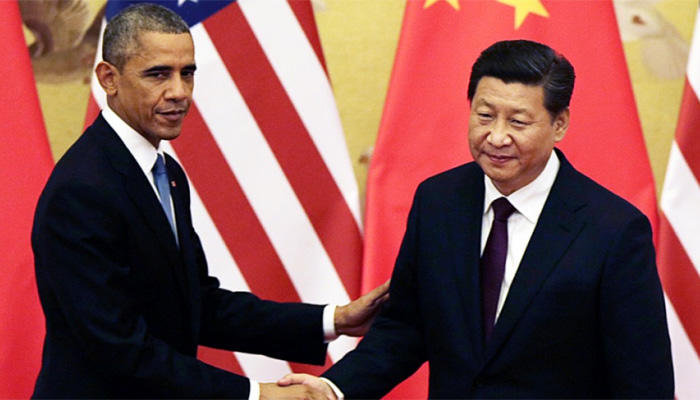 Former President Barack Obama embarks Tuesday on an five-day trip to China, India and France, where he will meet with many of his former counterparts, including Chinese President Xi Jinping, Obama's spokeswoman told.

Axar.az informs that Obama, who will be in Shanghai to deliver remarks at the Global Alliance of SMEs Summit, will meet with Xi for the first time since September 2016, when both leaders ratified the Paris climate agreement in their respective countries.

President Donald Trump -- who visited China on an official visit earlier this month -- announced in June his decision to withdraw the United States from the Paris accord.

The current administration has heralded the relationship between Xi and Trump, with the President claiming to Fox Business Network's Lou Dobbs in October that he and Xi have "the best relationship of any President-President."

"As President, Obama forged a close and cooperative partnership with President Xi on issues ranging from growing the global economy to combating climate change, and he looks forward to catching up with his former counterpart," Obama spokeswoman Katie Hill said.

In New Delhi, Obama will participate in an Obama Foundation Town Hall with 280 young leaders from around India and speak at HT Media Leadership Summit.

Obama will also meet with Indian Prime Minister Narendra Modi, with whom he shared a warm, if not unlikely, friendship with while in office.

In Paris, Obama will deliver remarks at an introductory session of the Les Napoleons Summit before departing.