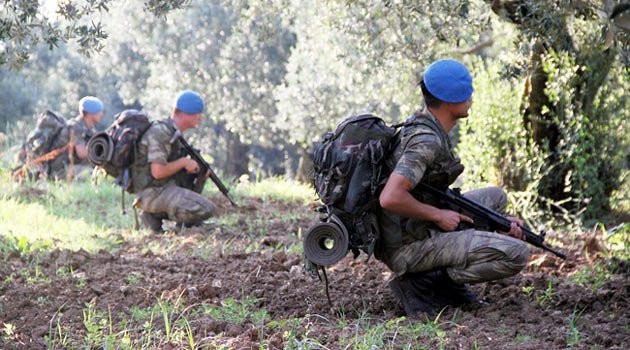 According to the sources, who spoke on condition of anonymity due to restrictions on speaking with the media, the soldiers died in Sirnak province's Gazipasa and Cumhuriyet neighborhoods.

Also in Sirnak province, six PKK terrorists were killed in clashes Wednesday, which increased the total number of terrorists killed in the area to 813 since operations there began, the Turkish General Staff said in a statement posted on its official website Thursday.

Four PKK terrorists were also killed in Mardin province's Nusaybin district, increasing the number of terrorists killed in the area to 674, the statement said.