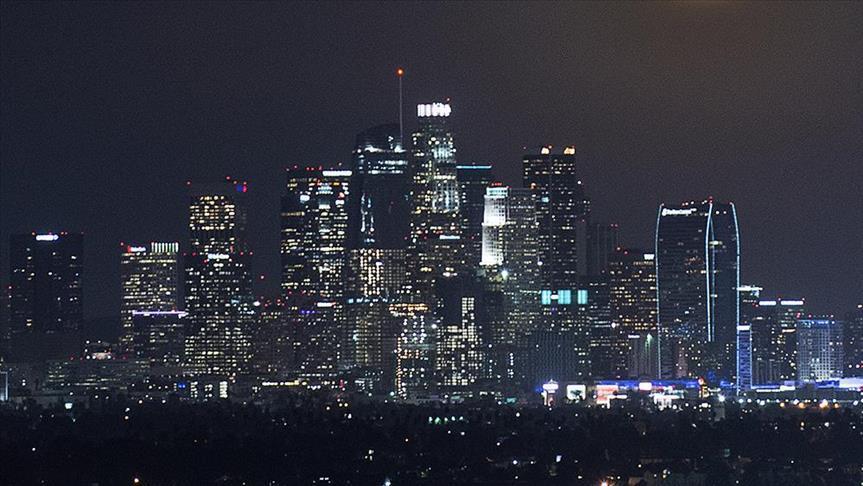 Turks in Los Angeles slammed a smear campaign against Turkey and the Turkish community by the Armenian diaspora after an unidentified man hung Turkish flags on the premises of Armenian schools.

Axar.az reports citing AA that, the Los Angeles Police Department (LAPD) has been investigating the matter since Tuesday in a bid to find the masked man in black who erected the flags at Manoogian-Demirdjian School in Canoga Park, a small city in northern Los Angeles.

Both schools are located in San Fernando Valley area which is close to the city of Glendale, a stronghold of Armenians with almost no Turkish presence.

The senseless act by the unidentified man has concerned both Armenians and Turks living in the U.S. state for decades.

The Armenian diaspora jumped to conclusions and rushed to blame Turks, even though the police has not yet identified the person's ethnicity in the video footage.

Mayor Eric Garcetti tweeted about the incident and urged the police to find the perpetrator as soon as possible.

Congressmen and state senators who rely on Armenian votes in their districts have also rushed to linking this act to the so-called Armenian genocide.

The Turkish community in Los Angeles has denied any involvement and rejected Armenian allegations.

The Turkish Consulate in Los Angeles in a statement to Anadolu Agency called the defamation campaign against Turkey "unacceptable".

“Despite the history of terrorist attacks against our diplomats in Los Angeles and the subsequent hate incidents, which targeted the Turkish American interests, the Turks of this city have always acted with great restraint and refrained from acts that would undermine their relations with the Armenian community," said the statement.

Armenian terrorist organizations like ASALA and Justice Commandoes for Armenian Genocide have committed 699 terrorist acts across the world against Turkish diplomats and civil servants.

One of the victims was Los Angeles Consul General Kemal Arikan who was killed in 1982 by an Armenian JCAG terrorist, Hampig Sassounian.

He is currently in an American prison serving a life sentence.

A joint statement by the representatives of several Turkish civil society organizations also denounced Armenian allegations and called for calm.

"We firmly believe that what happened earlier this week was not an act of a Turkish-American. We condemn the person behind this provocative act which caused an unnecessary alarm in both communities," said their statement.

Urging LAPD and other agencies to "investigate diligently and catch the perpetrator", the Turkish community leaders extended an olive branch to the Armenian community:

"We wish and seek peaceful dialogue between the two communities, not hostile polarization and intimidation."