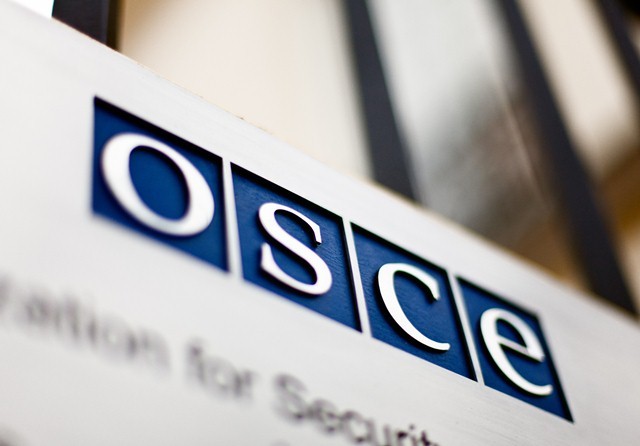 Until the occupying forces are withdrawn and territorial integrity of Azerbaijan is restored, the 8th of May will be associated with the continued occupation of the territories of Azerbaijan by Armenia.

The Permanent Mission of Azerbaijan to the OSCE said in a statement on the 71st anniversary of the Victory in the Second World War at the 1099th meeting of the Permanent Council.

“9th of May victory in the Second World War is widely celebrated in Azerbaijan as a holiday. Like all members of anti-fascist coalition, brave people of Azerbaijan have made a significant contribution to the victory.

Azerbaijan sent more than 640,000 of sons and daughters to the frontline. Almost half of them did not return.

Azerbaijani people also played an important role in the home front. The contribution of oil-rich Baku to the great victory was invaluable. Azerbaijan contributed three quarters of oil, 90% of the aviation fuel and high-quality motor oils produced in the Soviet Union during the war time. The overwhelming majority of tanks and planes of the Soviet army, which played a pivotal role in the victory in the Second World War, operated on the fuel produced by the oil-workers of Baku.

Unfortunately, the Second World War had not been the last war which affected Azerbaijan. From the early stages of independence, Azerbaijan as a sovereign country became victim of Armenian aggression, and lost thousands of people as a result of war unleashed by Armenia. On the day of victory over Nazism, twenty four years passes since the occupation of Azerbaijan's beautiful and ancient town Shusha by Armenian armed forces and ethnic cleansing carried out against the indigenous Azerbaijani population of this town. Shusha fall victim to the Armenian aggression on May 8, 1992.

In response to the occupation of Azerbaijani territories the UN Security Council unanimously adopted four resolutions, demanding immediate, complete and unconditional withdrawal of occupying forces from the territories of Azerbaijan. Regretfully, these resolutions have not been implemented and Armenia has not been punished for its violent acts.

We expect that the OSCE community will support endeavors aimed at liberating the occupied territories of Azerbaijan and restoration of peace and stability in the region”, says the statement.