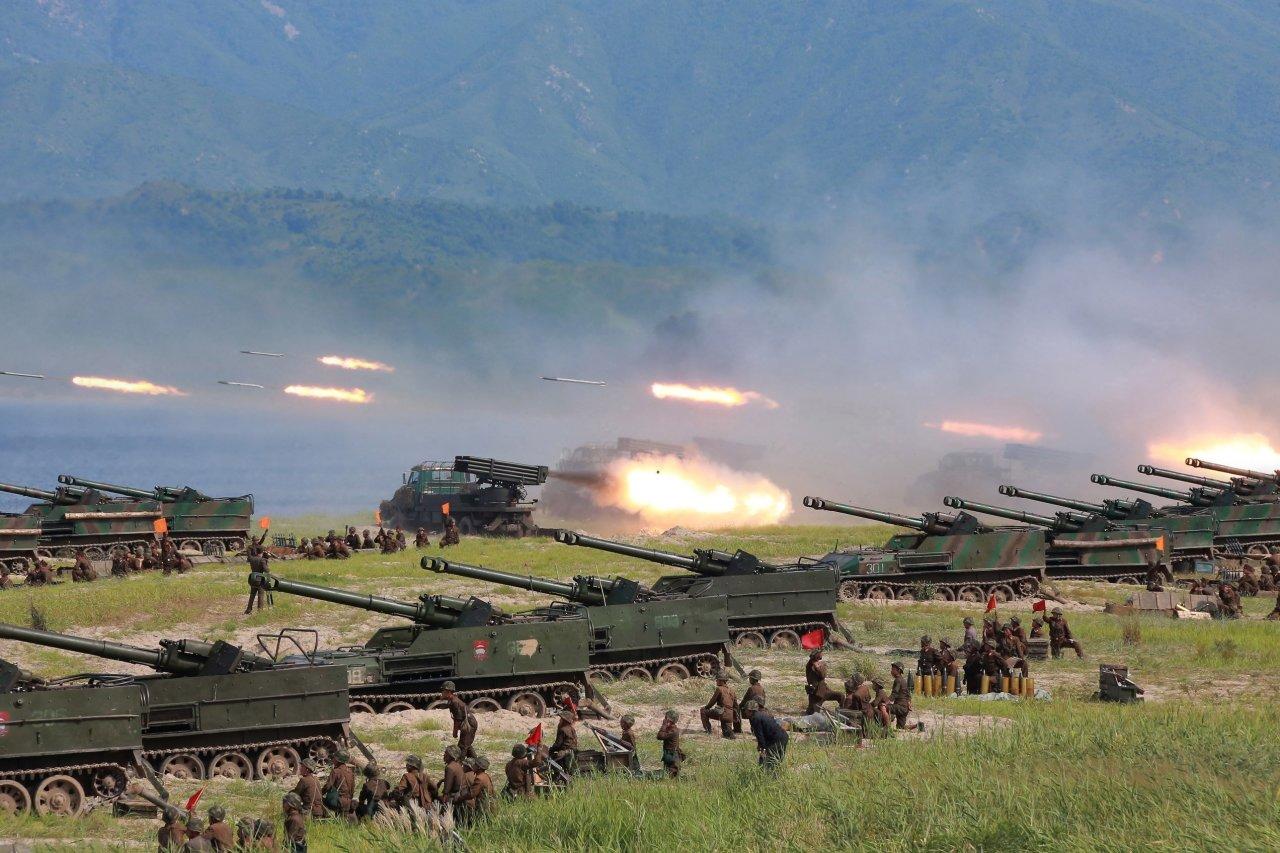 North Korea's nuclear problem can be resolved either by military or by tough diplomatic ways.

Russian politician Yuriy Moskalenko told this to Axar.az during his comment on the meeting of the Korean and USA leaders.

According to expert these kind of meetings are harmful for the processes:

"Such meetings usually create unnecessary illusions and avoid sides from the real solution of the problem. A year later, North Korea will be able to carry out a nuclear attack on the US territory. North America, Asia, Europe, Africa, and even Australia are under threat of Korean missiles. The only territory which is not in danger is South America".

According to the political scientist, Moscow and Beijing support the preservation of the existing status quo in the Korean Peninsula:

"But relying on it, it is completely wrong to believe that the denuclarization of Korean Peninsula will only be achieved through peaceful and diplomatic ways.

Addition to DPRK government, the main side, which has benefited from the deterioration of existing world stability and the loss of all international legal frameworks in the field of security is Kremlin.

Beijing is in a more difficult sitation. Their condition heavily depends on international and US-Chinese trade. This has been seen in commercial disputes between the US and China in recent months. In addition, potential military conflict on the Chinese border also poses great risks. Therefore, Beijing obviously demonstrates that it will not allow North Korea to be destroyed".

According to the expert, there may start a large-scale war in the Korean Peninsula if US would destroy Pyongyang's nuclear weapons by military ways:

"In this case, the United States, South Korea and Japan will fight on one side, Russia, North Korea and China on the other side.

I think that the way to solve the problem is to build a global ballistic anti-missile defense systems in Asia and Europe".