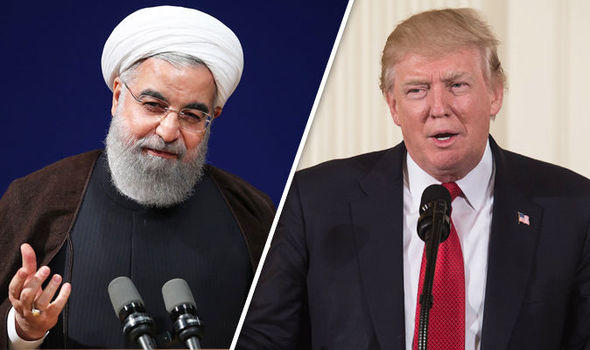 Asked about the possibility of meeting the Iranian leader at the United Nations, Trump told White House reporters anything was possible.

“Sure, anything’s possible. They would like to be able to solve their problem,” he said, referring to inflation in Iran. “We could solve it in 24 hours.”

Trump has publicly said multiple times he would be open to talks with Iranian leaders, but Tehran has rejected any negotiations with Washington unless sanctions are dropped.

The United States has been pressing Iran with sanctions since last year, when Washington abandoned the Joint Comprehensive Plan of Action, often referred to as the Iran nuclear deal.

While European countries, including France, have been trying to push Iran to remain in compliance with the deal, offering proposals such as a $15 billion credit line for Iran to do so, Trump administration officials said on Wednesday they were skeptical of such maneuvers.