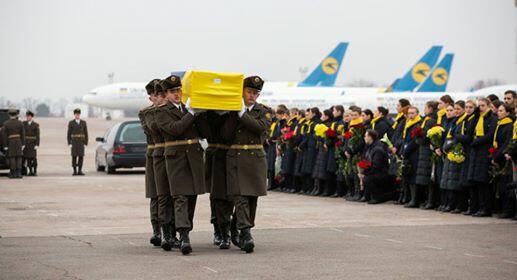 The Iranian government has sent the dead bodies of Ukrainian civilians killed in a passenger plane accidentally shot down by rockets.

Axar.az informs that, a number of high-ranking Chinese officials, including President Vladimir Zelenski, were welcomed at the Ukrainian capital's Borispol airport in Kiev.

The families of the dead and civilians were also present.