"We can participate in exercises alongside Azerbaijan" 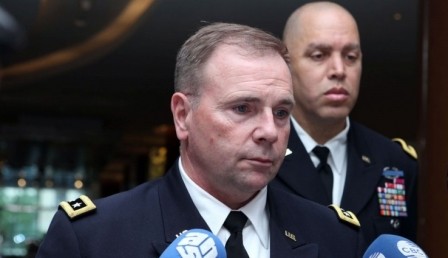 “Participation of Azerbaijani military servicemen in the exercises to be held next year in Georgia”.

“We plan to hold exercises in Romania this summer. Azerbaijani military servicemen may join the exercises too,” The commanding general of the US Army Europe Ben Hodges said in Azerbaijan Thursday.

He said they have had discussions with Azerbaijani military officials over future cooperation.

“The “Noble Partner” exercises took place in Georgia. Azerbaijani servicemen’s participation in the exercises to be held next year was discussed,” he said.

Ben Hodges said he has told Azerbaijani military officials during the discussions that in the case of an invitation, US troops would come to Azerbaijan to join the joint exercises. “I too want our servicemen to come and join the exercises in Azerbaijan and gain experience specific of this region,” he said.