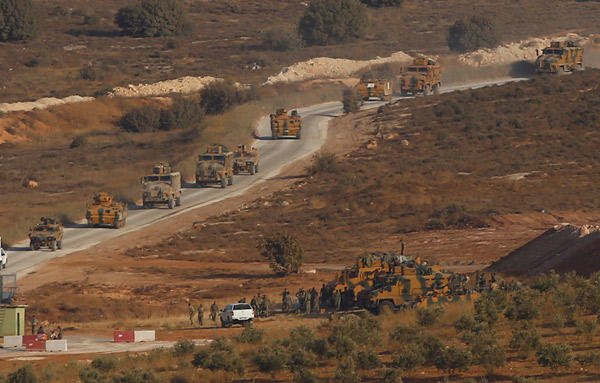 Axar.az reports citing foreign media that the military reinforcement, which combines logistics and military supplies, crossed into Syria through the Kafr Lusin crossing between Turkey and Syria, said the Syrian Observatory for Human Rights.

With the new supplies, Turkey has so far sent 4,240 military vehicles into northern Syria since a Turkish-Russian-backed cease-fire went into force in Idlib in March, added the UK-based watchdog group.

Turkey also has military observation points in Idlib as part of a deal with Russia to observe the situation in northwestern Syria.