Minsk Group waiting for answer from the presidents 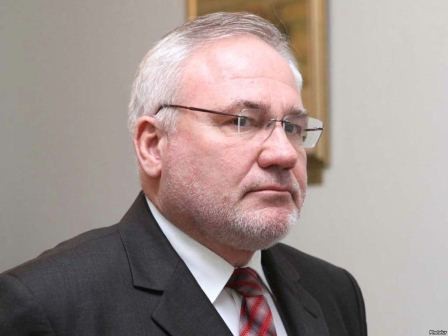 There is prospect of achieving a framework agreement on the settlement of the Nagorno-Karabakh conflict, Russian co-chair of the OSCE Minsk Group Igor Popov said in his interview to Interfax news agency.

Popov said that during the Vienna meeting the Azerbaijani and Armenian presidents agreed on the need to resume the negotiation process on major issues.

“I hope constructive approach will overcome. An agreement was reach at the highest level as to completing the work on the mechanism of investigating incidents and OSCE experts are currently working to solve the issue. Last week we presented expert reviews in this regard to the Azerbaijani and Armenian foreign ministers. We are waiting for answers from the parties,” he said.

According to Popov, deployment of peacekeepers can only be possible once major agreements on the Nagorno-Karabakh conflict have been reached.

The ambassador added that Nagorno-Karabakh’s participation in the negotiations may also be considered at a certain stage.

“I suppose their chance to return to the negotiations table will be considered after the framework agreement is signed,” he noted.