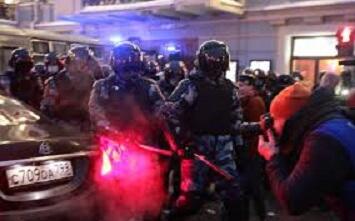 Footage of the ongoing protests in Moscow's Pushkin Square at night has been posted on YouTube.

Axar.az reports that numerous footage showed a serious confrontation with the police.

Thus, the protesters used force against the police.