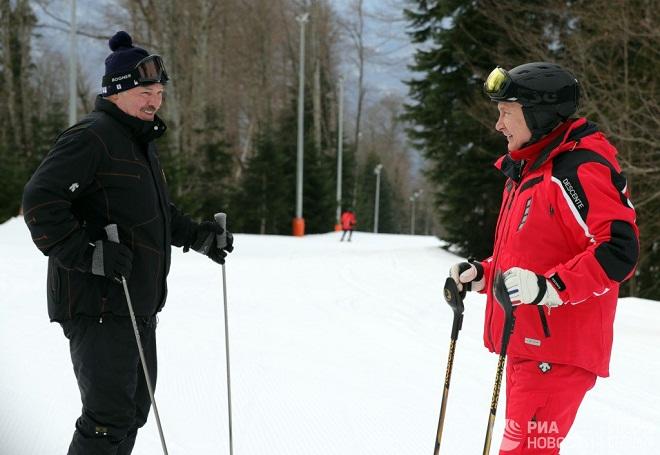 Amid excursions in the snow and hot saunas, the two "eternal leaders" reportedly spoke about economic aid, but also about the succession to Lukashenko. Belarus protests will resume on 25 March. Communist demonstrations in Moscow, Novokujbyshev, Ulan-Ude, followed by many arrests.

Axar.az reports citing foreign media that yesterday, 23 February, the "Defenders of the Fatherland Day" was celebrated in Russia and Belarus, a military holiday that dates back to the establishment of the Revolutionary Red Army.

Presidents Vladimir Putin and Aleksandr Lukashenko held a joint celebration together at a summit in Sochi, including excursions in the snow and hot saunas, while in Russia Communist Party activists tried to gather for unauthorized protest marches, in what they consider their national celebration.

The meeting of the two disputed presidents was not followed by statements, and the terms of the agreements reached between them are not known. There is talk of a request for subsidies from Lukashenko, of about 3 billion dollars. The Belarusian media evaluate the negotiation as positive judging by its length, having lasted for over 6 hours.