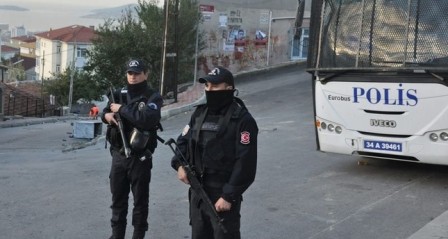 An armed attack was committed on a police station in Turkey’s Bitlis province, the Haber7 newspaper reported June 22.

A passerby was killed and two policemen were injured as a result of the attack.

According to the preliminary reports, the Kurdistan Workers’ Party (PKK) terrorist group stands behind the attack, said the newspaper.

The conflict between Turkey and the PKK, which demands the creation of an independent Kurdish state, has continued for over 25 years and has claimed more than 40,000 lives. The UN and the European Union list the PKK as a terrorist organization.