Zakharova: The situation in Donbas continues to worsen 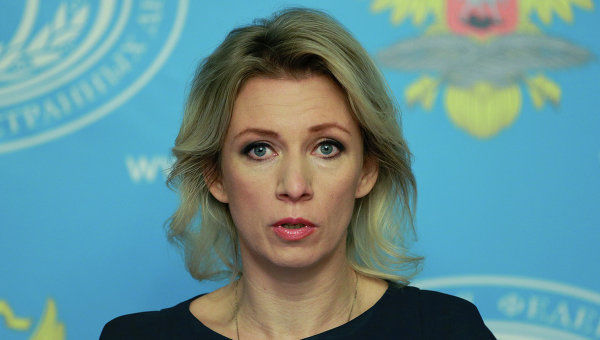 The Zelensky administration’s move to pump up the country’s defence budget by 20% could indicate that Kyiv is gearing up to use military force to resolve the Donbas conflict, Russian Foreign Ministry Spokeswoman Maria Zakharova said at a briefing on Friday.

Axar.az reports that "Kyiv seems to be getting ready to use military force to resolve the Donbas issue, which is what they call it, instead of putting an end to the civil war that has been raging for seven years," she pointed out. "In an address to the Verkhovna Rada, Ukrainian Prime Minister Denis Shmygal announced plans to increase the country’s defence budget to nearly $12 bln next year," she specified. "These $12 billion are allocated for a war against their own citizens, the people that they so often mention, and whom they think of only when they sign a defence budget. Ukraine’s defence spending has risen by 20%. How can anyone expect peace?" Zakharova concluded.

According to her, the situation along the line of contact in Donbas continues to worsen. "In the past two weeks, the OSCE Special Monitoring Mission recorded nearly 7,000 ceasefire violations, and I would like to point out that it is five times more than in December 2020," the Russian diplomatic spokeswoman stressed. "What does that mean? It means that gunfire and explosions occur in the region approximately every three minutes, endangering someone’s life," Zakharova pointed out.