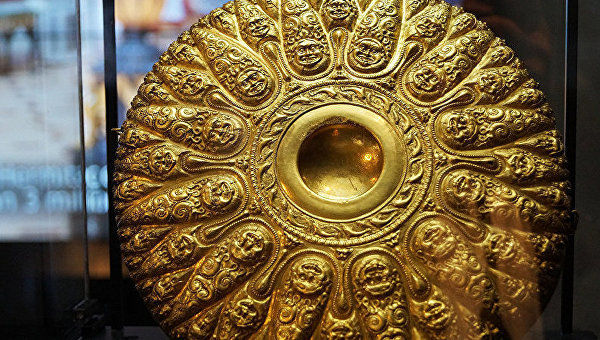 The Investigative Committee is investigating the theft of a collection of Scythian gold belonging to Crimean museums.

Axar.az reports that the statement came from Alexander Molokhov, head of the working group on international law at the Crimean office under the Russian President.

Last year, the Amsterdam Court of Appeals ruled that a collection of Scythian gold from the Crimean Museum, which was taken to the Netherlands for an exhibition in 2014, should be handed over to Ukraine.

The head of the Russian Investigative Committee, Alexander Bastrykin, has instructed relevant authorities to investigate the reasons for the non-return of Scythian gold to Crimea.