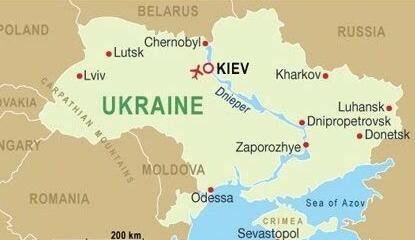 1. What are your comments on Russian Foreign Minister Lavrov saying that Russia isn’t alone in the world because it still has friends?

This is an accurate depiction of reality that was most recently reflected by the UNGA vote on the proposal condemning Russia for its special military operation in Ukraine. Those countries that vetoed, abstained, or didn’t vote can be interpreted as those with independent foreign policies that are strategically autonomous and friendly to their mutually beneficial relations with Russia.

Azerbaijan is one such country, which isn’t surprising considering the Declaration on Allied Interaction that was agreed to between it and Russia during President Aliyev’s visit to Moscow on 22 February. The Azerbaijani leader also said that his country and Russia could potentially coordinate gas supplies to Europe. This shows how close these two neighbouring countries have become in recent years.

Others of importance who have thus far remained neutral are China, India, Iran, and Pakistan. These four are part of the Shanghai Cooperation Organization (SCO) and are expected to become priority partners for Russia in the coming future as it accelerates its grand strategic reorientation away from the West. They’re large, strong, and stable enough to collectively make a meaningful difference in Eurasia.

2. Which countries are on Russia`s side and how can they help?

It’s important to clarify that those who’ve remained neutral aren’t de facto on Russia’s side per se, they’re just strategically autonomous enough to prioritize their mutually beneficial interests with that country in ways that don’t occur at anyone else’s expense. The US-influenced expectation of having to choose between its interpretation of the conflict and Russia’s is a false and manipulative one.

It aims to pressure countries into breaking off their mutually beneficial ties with Russia at the expense of their respective national interests, which in turn would represent an imposition of the US’ hegemony over their governments. Those who’ve thus far remained neutral can become much more important trading partners for Russia after it was basically isolated from the entire West over the past week.

This newfound strategic importance raises those countries’ role in Russian foreign policy, which could lead to them reaching better deals with one another in the future. The Azerbaijani leadership has wisely retained its neutrality most likely with these calculations in mind. President Aliyev understands the irreplaceable role that Russia could play in his envisioned South Caucasus integration platform.

Azerbaijan, China, India, Iran, Pakistan, and the Central Asian states are therefore crucial pressure valves for Russia in their own ways. It's up to their leaderships to creatively cooperate with Moscow in order to maximize the benefits of their bilateral and potentially even multilateral cooperation with one another. The end result will eventually be that Eurasia becomes more peaceful, stable, and developed.

3. Will Russia be able to survive after sanctions?

Yes, Russia will survive, both due to its proactive planning for such a scenario and the support from its previously described partners. There’ll be some short- and medium-term consequences for its economy and the like but these are expected to be manageable over the long term.

4. How do you think the events will develop in the near future in the region?

There shouldn’t be any question that Russia’s special military operation in Ukraine will continue until its official and unofficial goals are met. The official ones are to protect the indigenous Russian people of Donbas from what President Putin described as Kyiv’s genocidal onslaught against them; denazify and demilitarize Ukraine, and bring to justice those accused of committing crimes against civilians (including Russian citizens).

The unofficial goals are to destroy the military infrastructure there that President Putin revealed had been secretly established by NATO in preparation of a planned future surprise attack against Russia; ensure that Ukraine never crosses Russia’s red line of joining NATO; and sustainably protect the rights of minorities, especially the Russian one, in Ukraine. Moscow therefore won’t end its special military operation in Ukraine until these unofficial and official goals have been achieved.

The Russian Armed Forces (RAF) have thus far done their utmost to minimize civilian casualties and collateral damage, notwithstanding some unverified footage from the ground. This claim is backed up by the casualty figure that the Russian Ministry of Defense just revealed. Nearly 500 troops have been killed and around 1,300 injured. This was because they put themselves in harm’s way during the special operation due to their concern about civilian casualties instead of simply destroying Ukrainian cities.

Nobody should have any doubt that Russia’s military capabilities are such that it could easily replicate the US’ “shock and awe” campaigns of utter destruction against Yugoslavia, Iraq, and Libya if it truly wanted to. Instead, the RAF is taking care to minizine civilian casualties and collateral damage due to President Putin’s belief in the historical unity of Russians and Ukrainians that he elaborated on in a long article from last summer. This explains the number of casualties suffered from the Russian side.

5. When will the sides have an agreement?

It’s purely Ukraine’s prerogative over whether or when it’ll finally respect Russia’s national security red lines related to its neighbour’s concerns that prompted its military’s special operation there in the first place. The US is encouraging Kyiv not to negotiate with Moscow in good faith in order to “fight the Russians to the last Ukrainian” as part of Washington’s envisioned proxy war in that former Soviet Republic. Bearing in mind the comparison of forces and respective capabilities, nobody should expect the Ukrainian Armed Forces (UAF) to defeat the RAF.

Considering this, it’s arguably better for Ukraine to urgently negotiate with Russia on its national security red lines there in good faith instead of continuing the war. President Putin already said that he’s not interested in occupying any of the territories that he still considers as officially being within Kyiv’s writ, which of course excludes Crimea and the Donbas Republics that he recently recognized as independent. Moreover, it would be much too costly for Russia to maintain such an indefinite deployment of forces, let alone taking up the responsibility of ensuring the locals’ welfare.

These observations suggest that the special operation will end once Russia’s humanitarian, military, political, and strategic objectives in Ukraine are achieved. Since the UAF don’t have any realistic chance of beating the RAF, it’s in their leadership’s best interests to urgently negotiate an agreement with Russia in good faith. Keeping the war going like Kyiv has thus far done is becoming an increasingly hopeless and self-destructive policy. It’s only leading to more civilian casualties and collateral damage. The US-led West will not “save” Ukraine like some wrongly expect. It must urgently sue for peace.