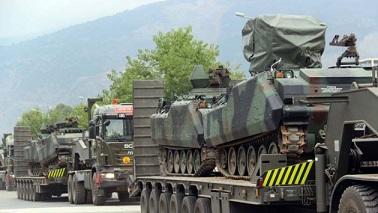 The UK is doubling the number of M270 multiple rocket launchers provided to Ukraine. The country has reportedly already provided three launchers similar to the US HIMARS systems. They use the same missiles with a range of up to 80 kilometers.

Axar.az reports that Defense Secretary Ben Wallace confirmed in an interview with the BBC that the UK will now send three additional MLRS to Ukraine, as well as a “significant” number of the missiles they launch. According to him, this high-precision weapon is already helping Ukraine to destroy Russian logistics and command centers for the delivery of ammunition.

Wallace said this in Copenhagen, where he participated in an international conference with allies who have pledged to continue military and financial support for Ukraine. He said Britain was “very pleased” with the way Ukraine was using missile launchers already provided by the West. According to him, the Ukrainian forces have shown that they are much better at distinguishing which targets to hit in order not to quickly run out of ammunition.