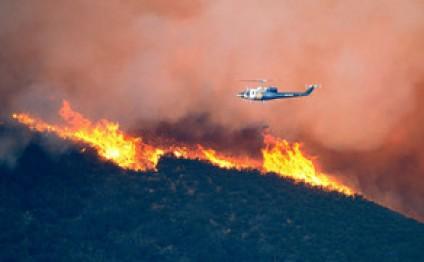 Europe is suffering from unbearable heat and fires that are engulfing hectares of forests.

Axar.az reports that "Daily Mail" wrote about it.

According to the publication, the French government was forced to call additional forces from all European Union countries to help extinguish the fire that broke out in the Gironde department near Bordeaux. There, thousands of people were forced to leave their homes due to fires.

It is noted that the fire that destroyed 7 thousand of hectares of forest area with pine trees in the south of the country has been going on for more than a month.

In addition, in Switzerland, the mountain peaks, which have been covered with ice for thousands of years, have started to melt.