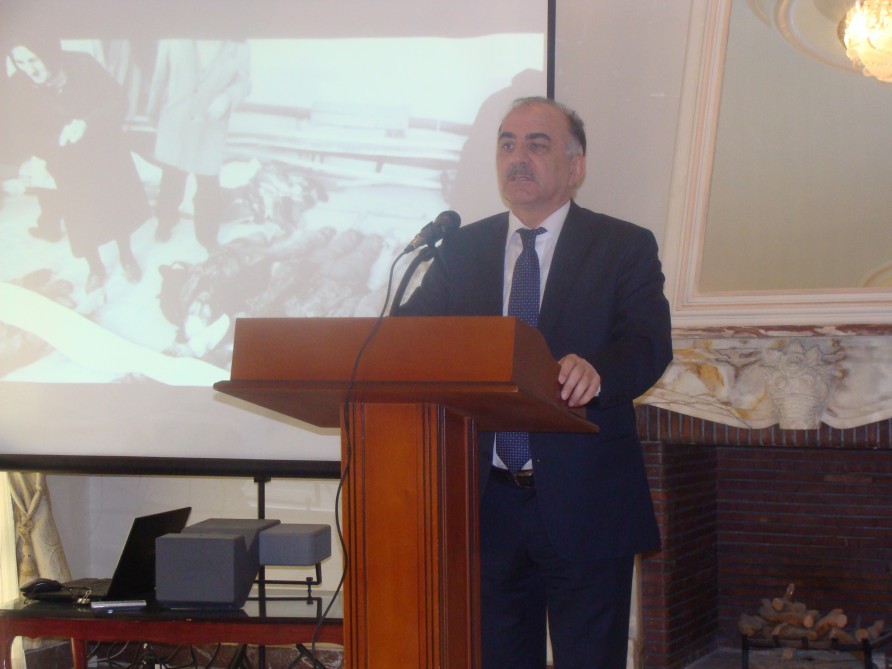 The Azerbaijani Embassy in Iran hosted an event to commemorate the 24th anniversary of Khojaly tragedy.

The participants watched a documentary on the Khojaly massacre.

Ambassador Javanshir Akhundov briefed the event participants on the history of the tragedy.

“The Armenian military forces committed genocide in Khojaly on February 26, 1992. Some 613 people were killed, including 63 children, 106 women and 70 old men. A total of 1,000 civilians were disabled during the genocide. Eight families were annihilated, 130 children lost one parent, and 25 lost both. Additionally, 1,275 peaceful residents were taken hostage, while the fate of 150 remains unknown,” he said.