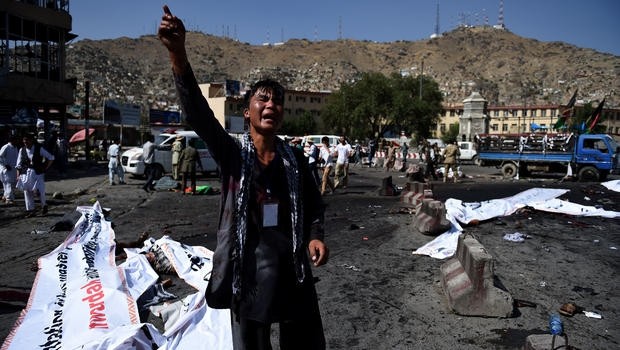 At least 61 people were killed and 207 were wounded on Saturday in a suicide attack on a demonstration in Kabul claimed by Islamic State, an official from the Public Health Ministry said, Reuters reported.


The deaths are more than double earlier estimates.


Mohammad Ismail Kawousi, a spokesman for the ministry of public health, said the dead and wounded had been taken to nearby hospitals.