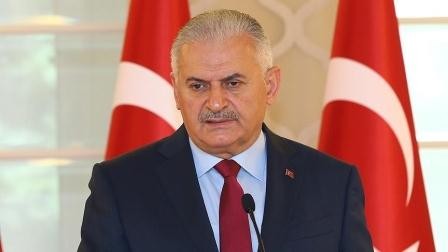 Prime Minister Binali Yildirim has described the July 15 coup plotters as “sick terrorists” during a Saturday appearance on Turkish television.


Speaking on A Haber and NTV, Turkey’s private TV channels, Yildirim said the Fetullah Terrorist Organization (FETO) did not hesitate to use Islam to justify the bloody coup attempt.


“These people are terrorists but also they are sick terrorists because they abuse Islam,” he said.


The premier said that the coup was well-planned and if the attempt had succeeded, FETO members would have been appointed to key roles in Turkey.

Yildirim repeated a revelation by President Recep Tayyip Erdogan that one of the coup soldiers who held Turkey’s chief-of-staff hostage on July 15 told Gen. Hulusi Akar to call Fetullah Gulen.


Turkish PM however, added that Akar had refused to speak with Gulen while being detained.