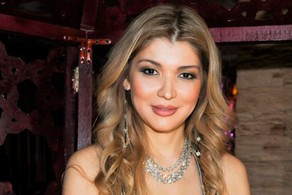 According to the information, G.Karimova is under house arrest, has no access to the internet. Her daughter Iman lives with her, while son Islam lives in London currently. He also didn't attend the ceremony.

78-year-old President of Uzbekistan was buried today in his hometown Samarkand. I.Karmov's death was announced on the evening of September 2.