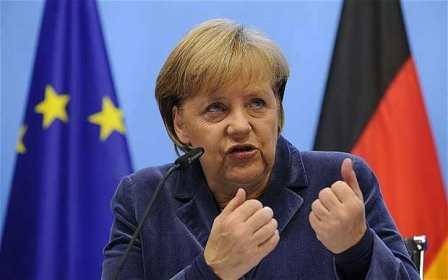 Germany's two largest parties were facing up to losses in the nation's capital Monday after large numbers of Berliners turned to the far-right.

Anti-immigrant party Alternative fur Deutschland (AfD) will enter Berlin's state parliament for the first time, after winning 14.2% of the vote.

Angela Merkel's center-right Christian Democratic Union (CDU) was knocked out of a ruling coalition with the center-left Social Democrats, after winning just 17.6% of the vote.

After the poll result, Merkel acknowledged mistakes and shortcomings with the controversial refugee policy which allowed hundreds of thousands into the country.

"If I could I would play back time so I and the German federal government and leaders could have been better prepared," she said.

"We have not done everything right in the last few years. We are not world champions in integration," she added, highlighting that the asylum process was taking too long, that there were too few language courses and not enough labor market integration.

While the Social Democrats won the largest share of the vote, 21.6%, they will have to enter a coalition with two other left wing parties, Die Linke (15.6%) and the Greens (15.2%) to govern.

AfD was set up by a group disgruntled by Merkel's eurozone crisis management -- most notably the Greek bailouts -- but it grew into a more nationalist party that strongly opposed rising immigration levels, particularly of people from Muslim countries.

Merkel has stood firm on Germany's position of accepting nearly all asylum seekers found to be legitimate refugees. Germany took in more than one million refugees in 2015, making it the most open country in Europe to asylum seekers.

In response to a poll indicating that 82% of Germans are unhappy with the refugee policy, Merkel said Monday: "If those 82% means that people do not accept foreigners, particularly people with Islamic background, this is against our constitutional rights, against our Christian democratic... and personal convictions. I and the CDU cannot represent this course."